So, I’ve been struggling and agonizing over what would be my first post. I’ve drafted several recipes, but just couldn’t decide. That is, until last night. Last night was Super Bowl 50 and like many Americans, I made my way to party with my little family. And, again, like most Americans I brought some food.

“Dairy Free?” you ask. Yes. Dairy free. Only for a season, a “nursing-mom” season.

Flash back to two years ago… As a nursing mom, I found out around 3 months with SJ that he was having some issues digesting dairy. (Later on, we would find out that his list of allergies would grow.) Determined not to stop nursing I decided just to live without dairy for awhile. (Yes, it was hard! But boy was it worth it!)
Well, with IG I began to see similar issues within the first few weeks of his life and decided to stop before anything escalated like it did with SJ. Hopefully, this means that his issues won’t be as bad as his brother’s! But I guess we will just have to wait and see.

So back to the Magic Bars… I love sweets! And the minute I saw that lovely little can of Sweetened Condensed Coconut Milk I knew EXACTLY what I was going to make! 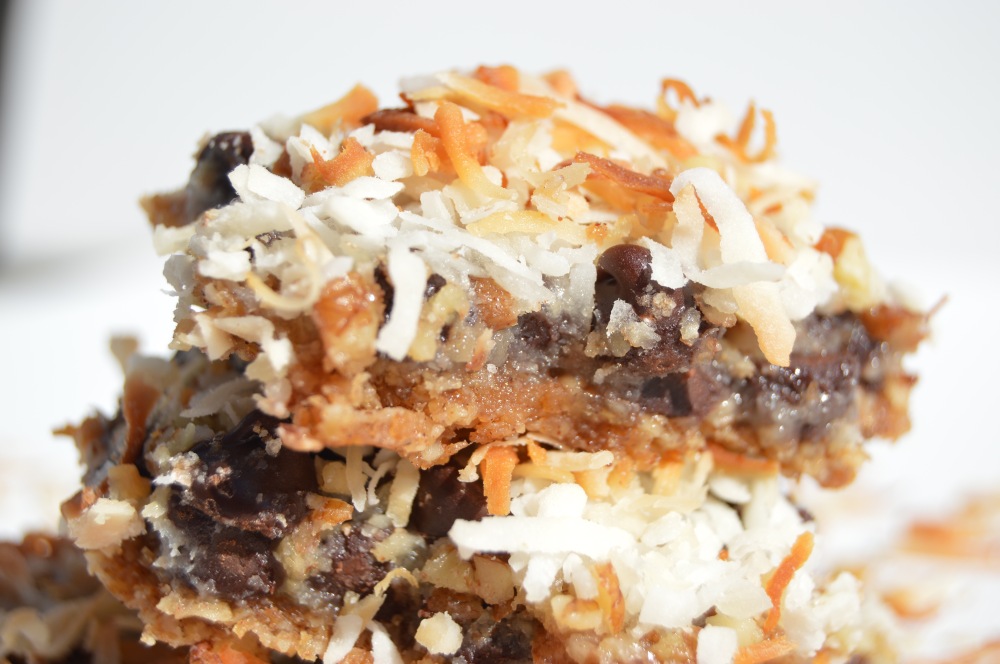 1 can of sweetened condensed coconut milk

Preheat oven to 350. Combine first five ingredients. This will make a very wet crust. Pack down evenly into a lightly greased 9×13 pan. Then, pour condensed milk over crust and layer remaining ingredients evenly on top. Bake for 20-25 minutes. Chill for about an hour in the freezer. They can be served immediately but they hold together and layers work better when chilled. 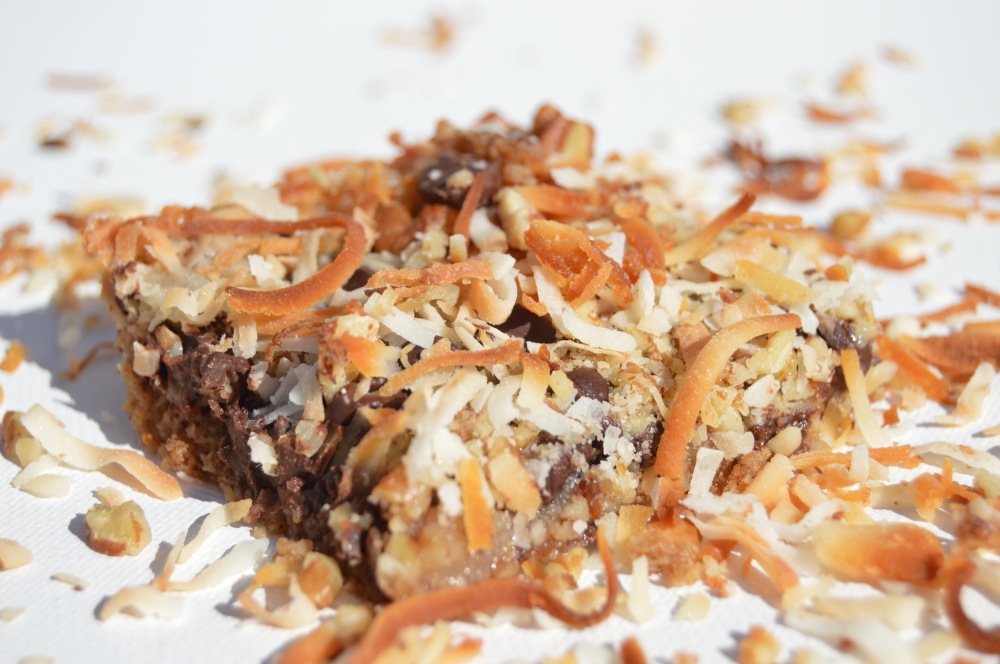